Vitecoin (VT) prepares for the launch after a successful private Beta in Mauritius, with more than 1000 early adopters. The successful figure of a thousand people was part of the acid test for Vite. Moving safely and affordable is a constant need among citizens, but public transport is fundamentally slow and inefficient and can no longer keep up with demand. The centralization of industrial jobs together with the limited space in cities requires rapid and scalable transportation services. Cities have ostensibly grown more than services and staff. 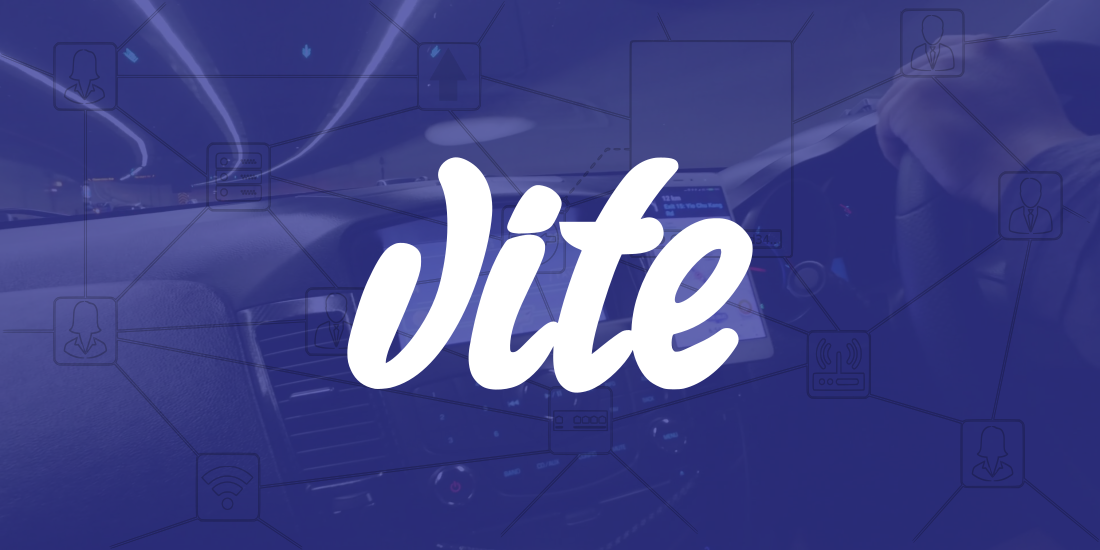 Therefore, the test had to be done with a significant number of participants. Local taxis have found to be a clear competitor. The services of shared trips have contributed to the fact that usual taxi users have a plan B. Ridesharing services like Vite provide the tools for customers to leave direct feedback about drivers and the quality of trips experienced hence raising the standards of convenience and most importantly safety. For insecure or incompetent drivers there is no place. It is known that in all sectors, monopolies do not favour the true users of a service. They offer a poor and sometimes abusive client experience .

Vite Technologies completed the launch of its beta and interesting international agreements. A few weeks after its official beta launch, we reviewed some details about the last months. The proposed model for shared-travel services can be the key to success for Vitecoin. The updated beta application is currently available on Android, with iOS to follow shortly.

More than 150 emerging cities studied by Vite’s team reveal a massive growth; the growing population needs fast and effective travel services to prosper. The scope of services such as the one offered by Vite is scarce or non-existent in this kind of cities. The shared trips have shown great acceptance and have become necessary. There are more than 50 cities with a population of more than one million that currently do not have access to shared-travel services in Africa for instance.

Vite brings innovation in the sector’s economy model, through the app supported by Blockchain. Providing a secure and instantaneous payment model from the beginning is the work of the Vitecoin token. At the international level, a digital transformation is underway and physical money is being replaced by digital cash, improving traceability. The VT token issued by Vite

Technologies addresses this digitization, making it easy for drivers and passengers. The Vite Technologies team defines its ecosystem in the following way:

The Vite application, available on Android, is a mobile application that facilitates the exchange of trips between peers. By pressing a button, Vite app connects passengers who need a trip with drivers who have a car. Passengers will directly transfer Vitecoin(VT) to driver’s wallet which is equivalent to the trip cost. Drivers can cash out their VT by directly converting into fiat via exchange at the tap of a button in their app, or visit individual VT agents mostly situated at filling stations.

Vite app will maintain a hybrid vitecoin & fiat payment options to ensure maximum reach, and that no user is left out as the service rolls out. Vitecoin will become the primary currency for Vite users as adoption increases, in turn increasing the demand and value of Vitecoin. Similar to the recent use of Bitcoin in Argentina for the payment of public transportation on buses, trains, subways, and motorboats, Vitecoin will be seamlessly integrated into the Vite app and made very easy to use for both riders and drivers across emerging cities.

After token issue and exchange listing

Since the ICO is finished, the team will begin the usual first steps. The distribution of the token to investors and collaborators in a timely manner is important. In turn, the team issued a statement to the community and investors. Pointing out a successful initial phase, efforts are focused on filling the details for the start-up of the services and the listing in exchanges. The VT will soon be distributed to the parties as an ERC20 token, respecting the times and commitments indicated in the foundation documentation. It is undoubtedly an ecosystem in which to put our eyes during the next quarters of 2019. Perhaps a new unicorn for the urban transport sector has just been born. Let’s review in detail the commitment to digitize the sector designed by Vite.

Vite to tokenize shared trips in Indonesia and Southeast Asia

The founding nucleus of Vite Technologies reached an important agreement during the third quarter of 2018. The partnership with Indocoin created a strong link that opens the doors to a large market niche. Announcing that Vite Technologies and Indocoin jointly signed MoU, a clear display of intentions was published. We clarify that MoU is a memorandum of understanding (MOU). Vite Technologies committed to provide travel-sharing services in to specific cities in Indonesia and Southeast Asia in a later stage expansion. This agreement covers a large area in full population growth. As the icing on the cake, Vite will also support the social initiatives

geared towards poverty alleviation and road safety initiatives. With the positive approach by most Governments towards digitalization, Vite Technologies will work with city regulators in multiple countries to improve local transportation systems, create jobs and prosperity for local driver partners and invest into social projects.

In such a favorable framework for its activities, the Vite project will provide shared-rate services of international standards. Vite will be launched in Mauritius during the first quarter of 2019, where it has already completed a Beta release. During the private Beta, 1,000 participants out of the 11,000 people who registered during the first week tested the service. Once the smooth operation in Mauritius is established, a progressive expansion is expected beginning with 14 countries in Southern Africa. The goal is to provide a state-of-the-art service in dozens of cities through Africa, Asia, and Europe.

Summary of the advantages that the Vitecoin ecosystem implements

As detailed above, Vitecoin eliminates the hassle of carrying cash for payments. At the same time, it solves the limitations and charges by credit cards. On the other hand, last but not least, privacy is a current issue that has gained strength. In this way, the ecosystem devised for the demand for shared trips is friendly. Total respect for the privacy of users is a fact. This is how the core of Vite Technologies is transparent: Users do not give their personal data using Vitecoin. There is no manipulation of data from third parties, unlike credit cards.

If you want to know more deeply about Vitecoin and Vite App you can use the shared links below. Feel free to comment or demand about projects to review. Thanks for reading, stay tuned.