Tumblebit, which garnered much hype after its announcement in August 2016, it finally closing in on completion after adding support for the Tor browser.

Tumblebit is the Bitcoin network’s first trustless payment hub that lets users “mix” their coins. It allows for payments to be made between parties while adding a high degree of anonymity for everyone involved, while at the same time not have a third party that could run away with the funds. No one will be able to see where the coins are coming from, or where they are ending up. 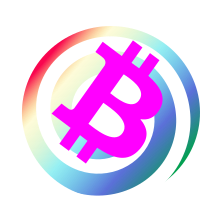 One of the problems of Bitcoin is that it is not 100% fungible. Fungible means that every single unit in a set is exactly like every other. Bitcoin is designed in a way that one could theoretically trace every single bitcoin in existence back to the original block the coins were mined from. It results in the creation of “dirty coins,” or coins that have at some point in their history been used for some unsavory practice, such as gambling or buying illegal items off a darknet market.

People who aren’t involved in these practices will obviously not want a currency that can be traced back to illicit activities, which in turn could cause some parties not wanting to accept some coins over others, regardless of the fact that they are both Bitcoins.

The addition of Tor into the software allows for absolute complete anonymity on the Bitcoin network. Right now, ISP’s have the ability to trace a Bitcoin transaction to the IP address it is being broadcasted from. That gives them a path to find your location and further violate privacy. With Tor, it allows for the transaction to be broadcasted without exposing your IP, giving you the highest level of security possible on the Bitcoin network.

Do you think Tumblebit will become mainstream on the network? Or is this level of security a little overkill? Let us know in the comments below!