While many media outlets are talking recently about the big amount of fake volume on crypto exchanges. This is not something new to crypto users. Most of the people who are in crypto use 10 exchanges which are; Binance, Bitfinex, Kraken, Bitstamp, Coinbase, Bittrex, Gemini, Poloniex, BitFlyerUSA and itBit.

While a very small number of people uses the fake exchanges that report billions of fake Bitcoin trading volume.

According to a report produces by the Asset management firm “Bitwise” and sent to the Securities and Exchange Commission (SEC)  95 % of Bitcoin BTC exchanging volume reported by unregulated exchanges listed on coinmarketcap.com is fake.

In the report is stated that:

“Despite its widespread use, the CoinMarketCap.com data is wrong. It includes a large amount of fake and/or non-economic trading volume, thereby giving a fundamentally mistaken impression of the true size and nature of the bitcoin market.”

According to the report, the $6 billion Bitcoin trading volume  reported daily on spot markets is misleading adding:

“The vast majority of this reported volume is fake and/or non-economic wash trading.”

The Bitwise report continues to explain how do they distinguish real exchanges from fake exchanges.

The real exchanges have volume spikes that align perfectly because they’re all part of the same market. 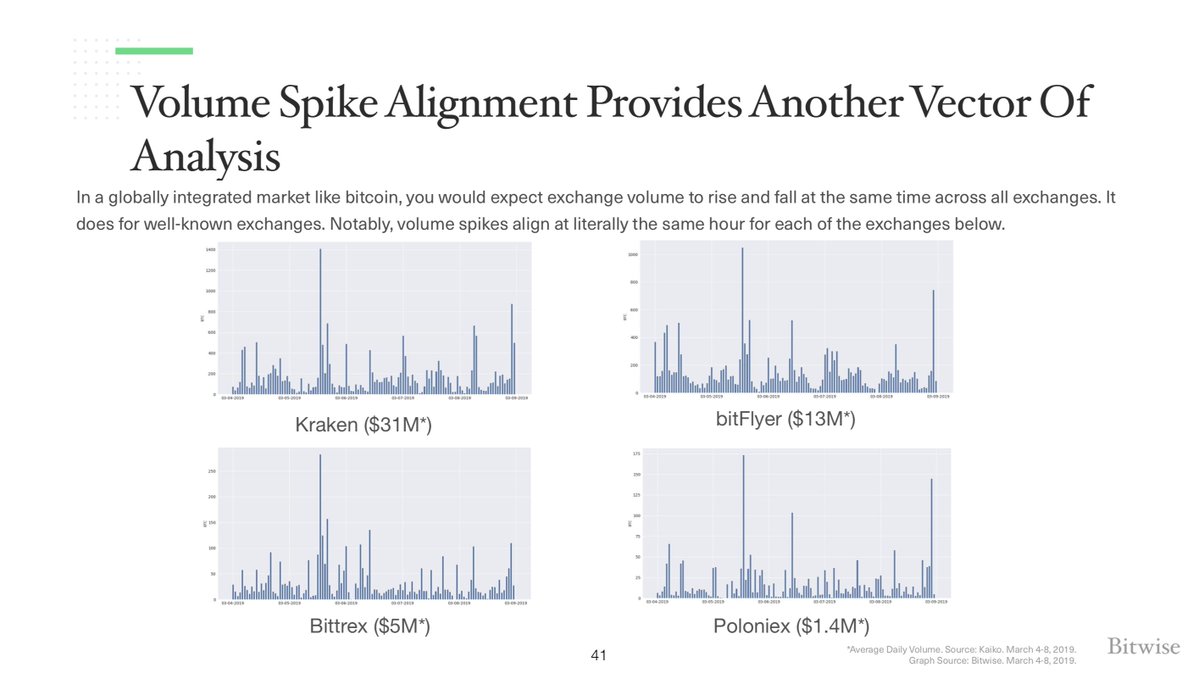 While Fake exchange has volumes that have no such resemblance and don’t correspond with the broader market. 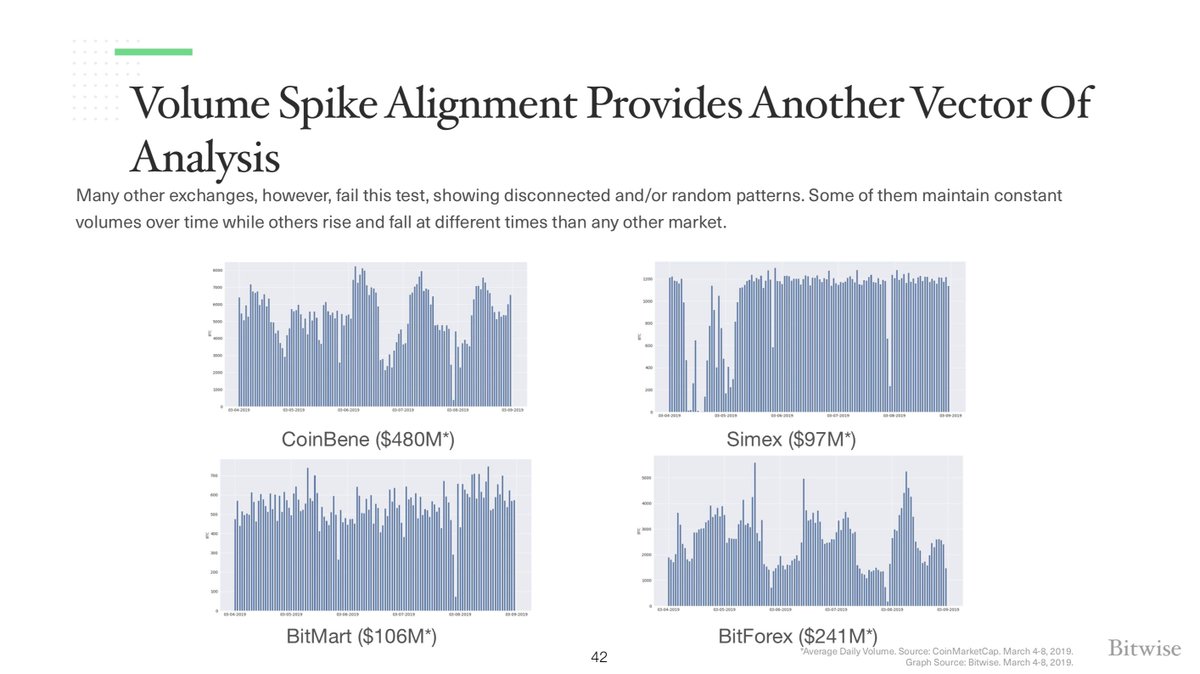 When you remove fake volume, the real BTC spot volume is aaround$270 million daily which is nealy 0.39% of the Market Cap.

But what would be the reason of all this fake volume reporting?

Exchanges with even minimal numbers of traffic in term of users do fake volume so they show on coinmarketcap.com on the top exchanges and this way can charge big amouns of money to list new coins on their platforms. So this is a huge scam going on from a long time.

But from another point of view, all this reported volume serves also for another purpose. We talked many times the price manipulation done by the Futures CME and CBOE and many are skeptical about that saying that bitcoin trading volume on CME or Bitmex volume is small compared to the $6 billion daily trading volume, so they can not control the price.

But if we remove all the fake volume, CME and CBOE futures volume counts as it is $91 million and when compared to the spot volume is (35% for February 2019).

So this is bad news that confirms the theory that the bitcoin price suppression has been a game that started with the launch of the futures. Another thing that confirms this theory is the heavy price decline of ETh in July 2018 wich coincides with Bitmex listing ETH futures. And this is not something new because futures have been suppressing the gold price for a long time. 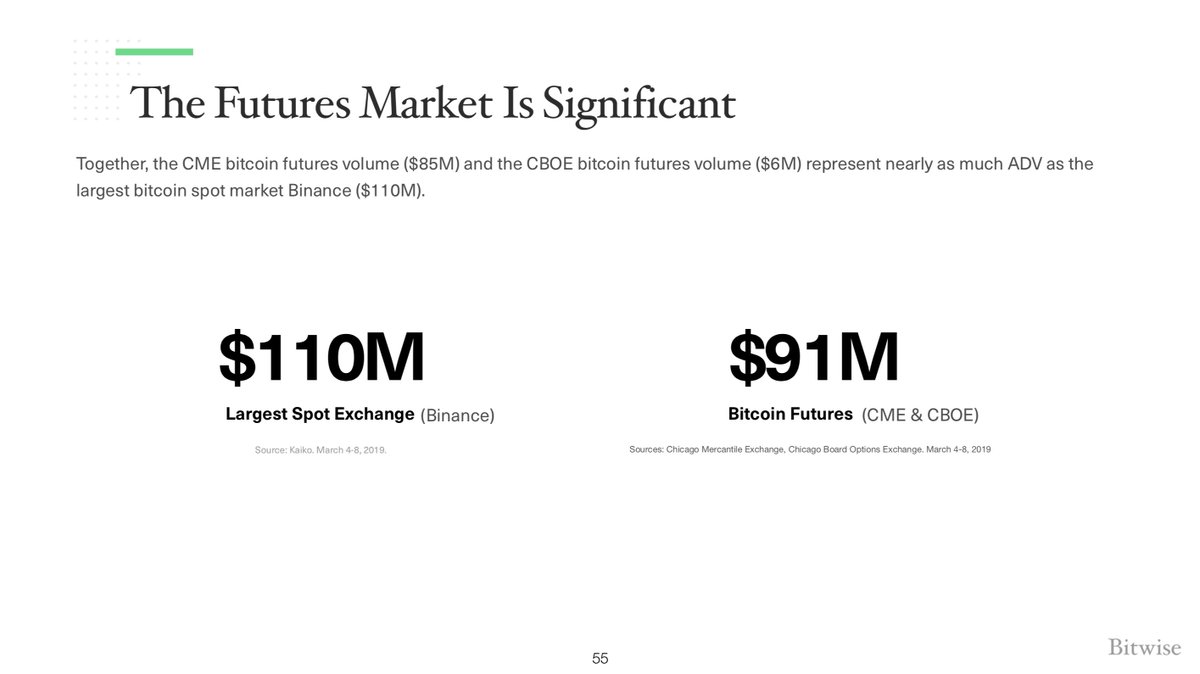 Conclusion: The bitcoin market is smaller than reported and more easily manipulated that many think especially with the futures printing bitcoin paper to short bitcoin and bring the price down to accumulate real Bitcoin.