DRIFE, a solution to centralized ride-hailing

Drife.one introduces the DRIFE platform, a decentralized transport ecosystem powered by the blockchain. DRIFE’s objective is to disrupt the existing ride-hailing business model and eliminate the corporate intermediaries involved in the transactions. It’s also a system designed to empower the value creators of the ride-hailing ecosystem. In the emerging market of private transport services, these value creators include drivers and community developers.

Private transportation platforms have created a new paradigm for the industry. Unlike the taxi industry, the type of customers has changed. The current obsolete taxi model has been a hot topic in Spain (still an unresolved conflict) and also in many other areas. The basic needs may not have changed0, however, our specific needs do.

Technology has created new emerging markets, new needs and therefore new niches. However, in this comparative framework, traditional taxi systems have hardly changed their way of operating. At the same time, viable alternatives have varied the model in a scarce, insufficient way. 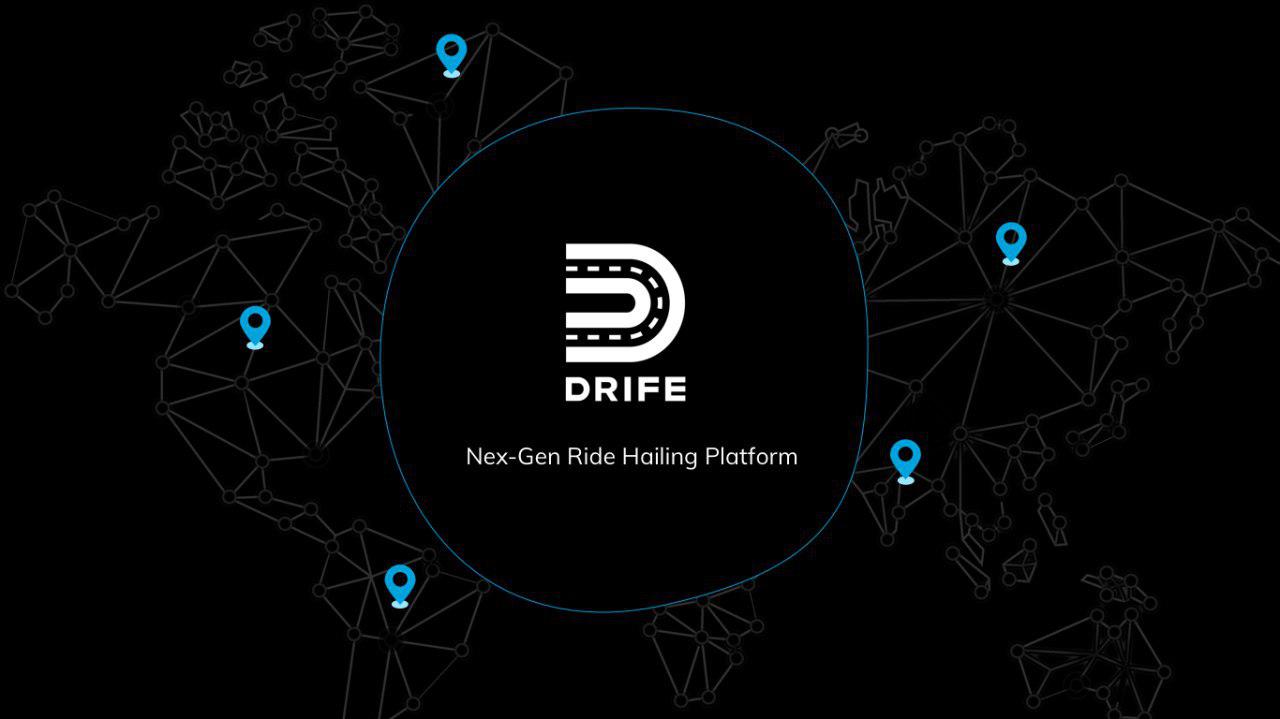 Advantages of the DRIFE platform over the current model

Taxi companies regulated by states or transport authorities have evolved very little. This has made things difficult, the scant adaptation of the business model for all parties is clear. This leads to various problems, income gains minimized under pressure, drivers suffering from strict labor policies, and to top it all, this added to slow and expensive bureaucracy. Thus we find several points to review.

Generally, the major value creators in the transport service chain are oftentimes taken for granted which makes the problem linger and complex even more.

DRIFE is focusing its efforts on changing the trend by creating a global standard service capable of restructuring the ride-hailing ecosystem within the transport sector. This is where the advantage of blockchain technology comes in. Once introduced, it is capable of disrupting systems and restoring balance to the economic system.

Competition within the ecosystem may already be fierce as leading industry giants like Uber have far reaching market influence. However, the advantage DRIFE holds lies heavily on its decentralized methodology and governance structure based on the blockchain technology, which is expected to accelerate DRIFE’s objectives once it enters the market.

The model proposed by the DRIFE platform

In the initial stage, one of the incentives introduced will play an important role. Nowadays, in many real scenarios, drivers see their own colleagues as direct competition. This breaks collaborative community relations, disempowering its members as a final result. Drivers in DRIFE’s ecosystem receive incentives for introducing other drivers to the platform, thereby fostering the growth of the service.

At the same time, it creates synergies for community building among drivers, an essential part for the creation of value and consensus. Since payments for service on the platform is conducted via peer-to-peer (P2P), intermediaries are eliminated alongside their unreasonable commissions.

This is by nature an improvement of the service, including social benefits. Better insurance associated with vehicles is a case of social benefit (for all parties), and is only possible in a scenario in which the driver can afford to pay. Empowering the driver, again, results in better service and better legal coverage for the parties.

As it is well stated in the Drife.one whitepaper, ride-hailing is essentially a cloud-based business. Unlike the traditional taxi industry, the successes of these platforms depend to a large extent on user experiences (UX) and the design of the user interface (UI). Two very complementary elements that play important roles in any ride-hailing platform.

Drivers and passengers are two essential parts without which the business model would not make sense. However, everything works well thanks to the diligent efforts of the developers. This completes the circle. In a consolidated digital revolution, developers are vital for everything that happens “behind the scenes” materialized without influencing the final experience consciously for the user. Everything on the platform should always work seamlessly as far as the end users are concerned.

The importance of developers in the new digital era

The developers, on the DRIFE platform, have the potential to create useful facilities within the application. This tends to improve the riding experiences, and therefore, optimize the ecosystem. Developers can also detect and correct mistakes, unfortunately, on the developer’s side, this is often overlooked.

In a case where the development of displacement / transport applications is outsourced, it is easy for developers to decide not to intrude. Sometimes, once the deadlines are met and the product is delivered, the relationship is cut off imminently. Generally, the fact is simply due to a lack of motivation.

The model of this project offers an incentive model for developers, which in turn amplifies their worth within the value chain. This is one of the core advantages of the DRIFE platform – an inclusive model for all parties based on the long-term vision.

The IEO token is now available with four bonus stages

In the case of the IEO token, the acquisition stages for early investors are four. After completing the first phase of the four stipulated (the private sale), the IEO token can be purchased now. Currently it is in its second stage (presale).

The base value set without bonuses is $ 0.25. Those interested in participating get a bonus of 20% (price of the IEO token during said bonus, $ 0.20 / token) during the remaining period of phase 2; which ends at the beginning of March, giving way to the next phase (Sale 1) on March 10. During sale 1 (third phase) the bonus period will be reduced by 5%. In this way, sale 1 is subject to a + 15% bonus on the fixed base price. Finally, the last bonus period begins on April 10; during the last period (sale 2) the acquisition of tokens will be rewarded with an extra 10%.

If you want to know the aspects of the project in much more detail, we invite you to review the public documents about the DRIFE project. You can find much more extensive information, such as the distribution of the funds collected in the whitepaper. Related market studies and all kinds of details are also available on their website.