A US-based Tech and entertainment news and reviews media known by the name of BGR as recently revealed that a Samsung insider leaked pictures of the not released yet Galaxy S10 wallet which has a cryptocurrency wallet built on it.

Now, the Galaxy S10 has not yet officially been released to the public but it has been reported that merchants already have it. 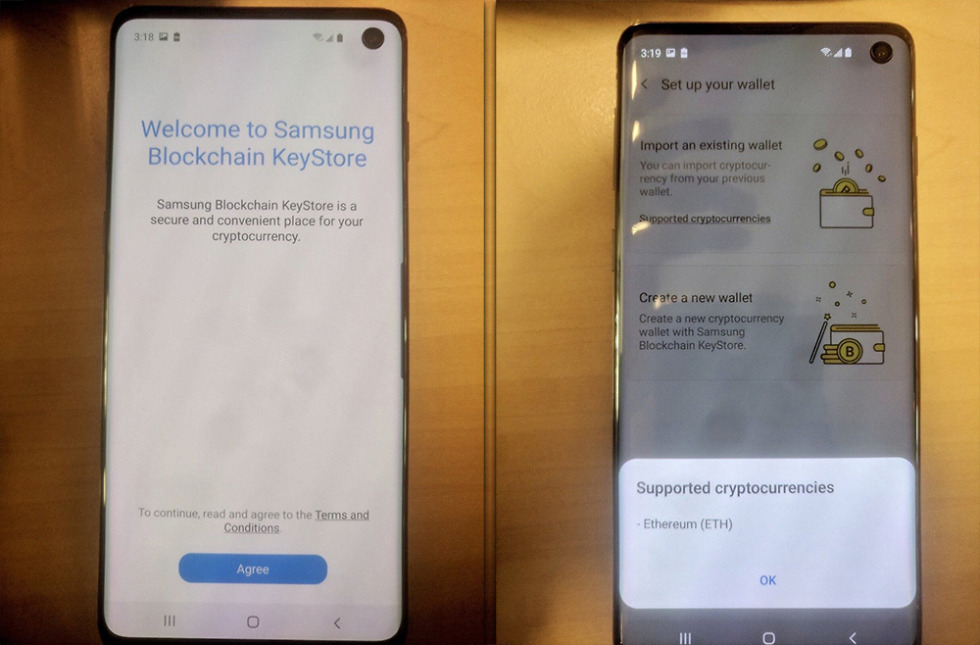 The individual in charge of releasing the pictures is known as Gregory Blake. Blake shared some screen captures of what is suspected to be the following Samsung Galaxy. This screen captures shows that it is a feature … Read the rest

END_OF_DOCUMENT_TOKEN_TO_BE_REPLACED Bank of America was granted a patent for a hardware to store cryptographic keys. The patent document titled “Systems and devices for hardened remote storage of private cryptography keys used for authentication” hints that the device might be used for cryptocurrency storage.

The patent aims to store private keys on offline hardware device explaining that most of the keys are stored locally and are not protected by anything more than a password.

The patent also states  — “In specific embodiments of the system, the authentication routine is conducted as part of a crypto-currency transaction, a blockchain transaction or the like,”

If you just bought Ripple and you want to transfer it from the exchange to a wallet this guide is for you. I will show you how to move your XRP to a Ledger Nano S cryptocurrency hardware wallet.
First of all, you need a Ledger Nano S. Here it is the Ledger Nano S Complete Review.

For those new, to crypto, the weakest point for hacks are the exchanges. The next weak point is not securing your private keys. The last thing you want to do is keep your money on the exchanges because if you weren’t given … Read the rest