Coinbase launched a giveaway program that aims to distribute 1 Billion XLM to US users. Each person can earn up to $50 while watching videos and learning about crypto.

The company declared the news on its Twitter profile, saying that any qualified US client can learn about the Stellar technology and get a reward of $10 to $50 worth of XLM. The source of these give away will be the Stellar Development Foundation fund. 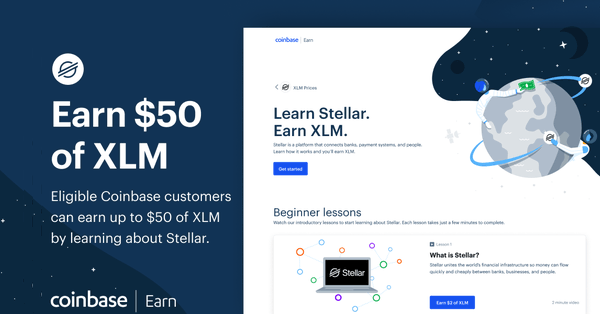 Coinbase Adds Support for Stellar Paying Users to Learn About it

Coinbase which is one of the most innovative exchanges aims to dominate the blockchain sector. … Read the rest

On 8 March, Brave reported that its private advertising platform moved from phase one to phase two, making the brave rewards feature available to the general users. Users of the brave browser will be able now to earn money watching ads and to claim their accumulated rewards at the ending monthly cycle.

Brave Browser has kept on gaining ground towards its vision of giving quick and private web browsing features, particularly … Read the rest

(BAT) Basic Attention Token is giving away 30 BAT tokens to their users. To receive the airdrop  do the airdrop page, download the Brave browser, open the browser and enable (Brave Rewards) to receive 30 … Read the rest