The Token PDT will revolutionize tourism internationally blockchain
Tourism, an immense market in which millions of people manage or enjoy daily thousands of international flights. To the flights, we can add adjacent services and multiple local disciplines associated to the commerce that causes the affluence of tourists. It is the scenario in which the launch of Paradise Token, and its PDT token, is involved. This will make things difficult for the competition going forward. 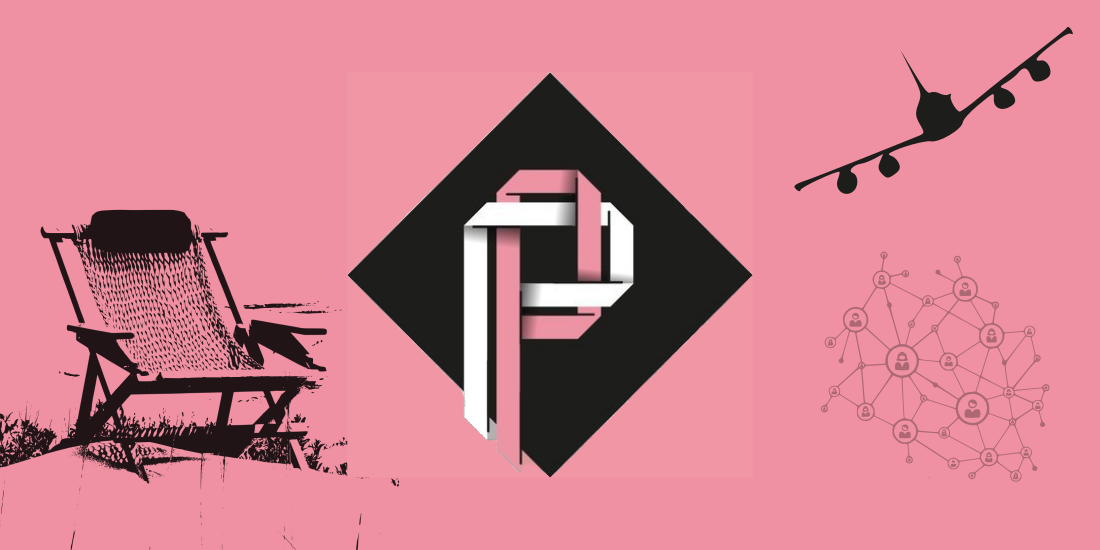 The tourism sector is an ultra-competitive sector, so a successful innovative movement can lead to adoption by all market players. The fact is, that some newly created projects have tried to integrate tokens into the ecosystem, with serious difficulties. Not because of infrastructure difficulties, since the international tourism ecosystem is at the forefront; Many high-level stores already accept Bitcoin, and you can also enjoy new technologies and luxuries in their vicinity.

However, it is a sector with powerful and huge hotel networks; It is not easy to enter the large market that offers without a previous global infrastructure. ParadiseToken, has all the indicators of a solid and reinforced project due to its association with Intercontex Group. This association provides a potential reach to more than 120,000 entities among hotels, airlines and businesses; that is the spectacular figure that is handled. As part of the Intercontex Group they are associated with the largest group hotels in the world; The list is as extensive as it is striking: Hilton, Marriott, Wyndham, IHG, Jumeirah, Kempinski, Loews Hotels, RIU Hotels, Tokyu Hotels, Langham Hospitality Group and more.

Digitize and tokenize the ecosystem already forged, the challenge of the Token PDT for 2019

Obviously with hotel networks of such associated magnitudes, restaurants and any type of entertainment are involved. Therefore, the use cases are so varied that we will not stop to enumerate them. The basis and idea is to tokenize through existing relationships, a series of services more than complete. All this added to a large existing customer base. An example would be to offer ecosystem tokens to customers for visiting and having an exquisite / gourmet gastronomy chain associated.
Instead of creating a token and looking for the ecosystem in which to implement it; Adopting the digitization via blockchain of an already consolidated project seems more logical and less risky, clearly a point in favor. Paradisetoken offers to be able to use your PDT token across a global network. Having a direct and totally normalized service; It includes an extensive list of countries and the largest hotel chains, ready to make the reservation in minutes with the token.
Paying for vacations using the PDT Token is a clear example of what can be done from the beginning; so the initial infrastructure may seem like a network not seen until now in the ICO projects of 2017 and 2018. Without third parties and without surprise commissions, it is what p2p technologies offer and adopts the ParadiseToken motto. Remember that as a user, the holder of the token can instantly use the PDT to book hotels / restaurants / flights directly without third parties.

Details of the token and ecosystem PDT offered at the initial launch
The event records more events around the PDT token, but we stop to comment for a moment. The token will be part of a whole set of tools in the ecosystem protocol generated. PDT protocols provide developers with the foundation to build decentralized applications (dApps). These protocols are open source solutions for managing reserves / secure payments via blockchain. The PDT token is a utility token that is native to the Ethereum network, specifically a token of the Erc-20 standard.

Therefore, it is compatible with an extensive portfolio menu. Obviously, MyEtherWallet and Metamask are the best known; although there are many more compatible with the native tokens of the Ethereum network. The figures regarding the initial acquisition of the PDT token vary depending on specific details; for example, the date in which you participate. Taking into account these factors, the purchase price ranges between 10000 and 14000 PDT tokens for each Ether contributed. For what remains with it a 10,000 / 14,000: 1 ratio (PDT: ETH); all with a deadline of next March 9. At the end of the article we share a link to the sale of the token; we also recommend visiting both the website and the official documentation for more details:

What’s coming for 2019 in the PDT token ecosystem?

Once the initial sale is completed and the following stages are put into operation, the operations are more than relevant. We have been especially struck by the third quarter of the year, it is the most active within the planned operations. Some data that are detailed in your road map (RoadMap) so they are public data of the Paradise Token core. The estimated total cost of all operations for the third quarter is $ 1,700,000. The operations are the usual ones for such a magnitude project, such as the costs of AWS servers. we describe them below.
As mentioned earlier, for the third quarter it is expected that the reserve PDT Token executed by intelligent contract will be ready; with the built-in ecosystems of Tokyo, Singapore, Hong Kong, Bali. All this entails a constant, safe and globally available development for the sites involved. The purpose of the initial offer is to create a complete e-commerce solution. The first version of the confidence rating is among the objectives of the third quarter.

Developing a fully functional payment gateway with a user interface for e-commerce merchants completes the overall functionality. Since the trend of 2019 is being to carry all functionalities and services to the wallets. It is expected that therefore for the second half of the year an additional infrastructure will be developed to that already conformed to the magnitudes of the operations. In addition to the respective relevant security requirements with complete security functions (anti CSRF Token, AES encryption, 2FA) .

The established customer base can be incentivized by the associated shops and hotels
Once exposed a good part of the details, the ideas that come to mind are almost unlimited. Customer loyalty promotions, off-season campaigns to reactivate touristic areas; endless possibilities thanks to the p2p tokenization of traditional ecosystems. An established base of clients from entities such as the Hilton, Marriott, Tokyu Hotels or Langham Hospitality Group chains can enjoy the incentives of using the PDT token for their vacations very early.
If you enjoyed reading about the initial sale of the PDT token, you can access the official links provided below.

You can follow the smart contract activity of the PDT token here:

Some compatible wallets with Ethereum and standard Erk tokens: