Of course, many bitcoin maximalists will say that altcoins are not worth it but it is because of altcoins that many OG,s became rich in bitcoins. During the bear market, Altcoin holders suffered the biggest losses and maybe this time determines which altcoins will die.

Crypto analyst DonAlt thinks that it is a better idea buying Altcoins now instead of shorting Bitcoin.

To all the people trying to snipe the Bitcoin top by shorting it:

Have you thought about longing altcoins instead? They’ve been / are capitulating and will very likely explode the moment BTC tops out.

There is more money in that than shorting BTC in my opinion.

Another crypto analyst, Rekt Capital, Made a checklist of things already happened and things are going to happen, based on historical experience.

2. Money begins to flow from $BTC to Large Caps like #Ethereum ✅

Crypto trader, Crypto Michaël, thinks that bitcoin already got his hall of fame in the last week, and not it is the Altcoins turn.

Everybody is back to discussing $BTC again, as the price went up. Telegram groups are full this and that.

But, people are still hating on many altcoins, are not discussing them, because the price is down.

That’s your moment to buy altcoins.#CRYPTO


Another crypto trader Josh Rager, suggests just to watch the BTC dominance and if it starts to fall it is time to buy Altcoins. Yesterday, Bitcoin dominance was 60% and today the actual dominance is 58% so we are down by 2%, and it looks that the dominance pullback is coming.

An alt rally could push BTC % back down near 50%+/- pic.twitter.com/M3PAoR1QcC

The MolochDAO platform is intended to help projects working on Ethereum development for the creation of Ethereum 2.0.

A detailed overview released by Hodor, a cryptocurrency enthusiast, shows the last Ripple and XRP developments

The overview includes the XRP’s addition to  Now Payments and compares between Swift, Ripple and JPM Coin in a report from FXC Intelligence Payments research firm. 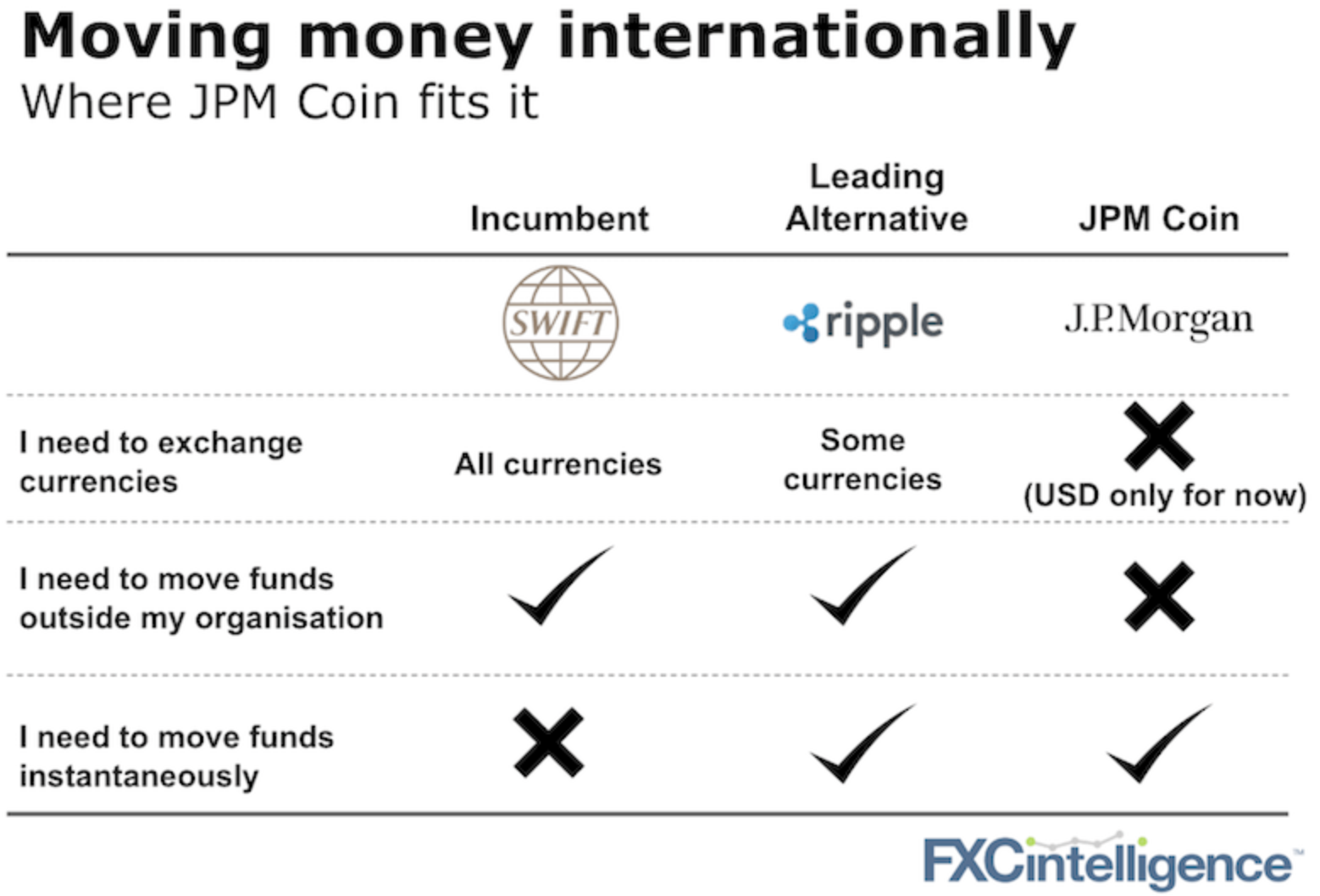 Litecoin reward halving is due to August this year. Litecoin halving is programmatically to happen every 840,000 blocks or roughly once in 4 years. This halving will reduce the block reward from 25 to 12.5 LTC coins. Why does this matter? Reducing the block reward miners get 50% less coins creating a deficit which may drive Litecoin prices higher. 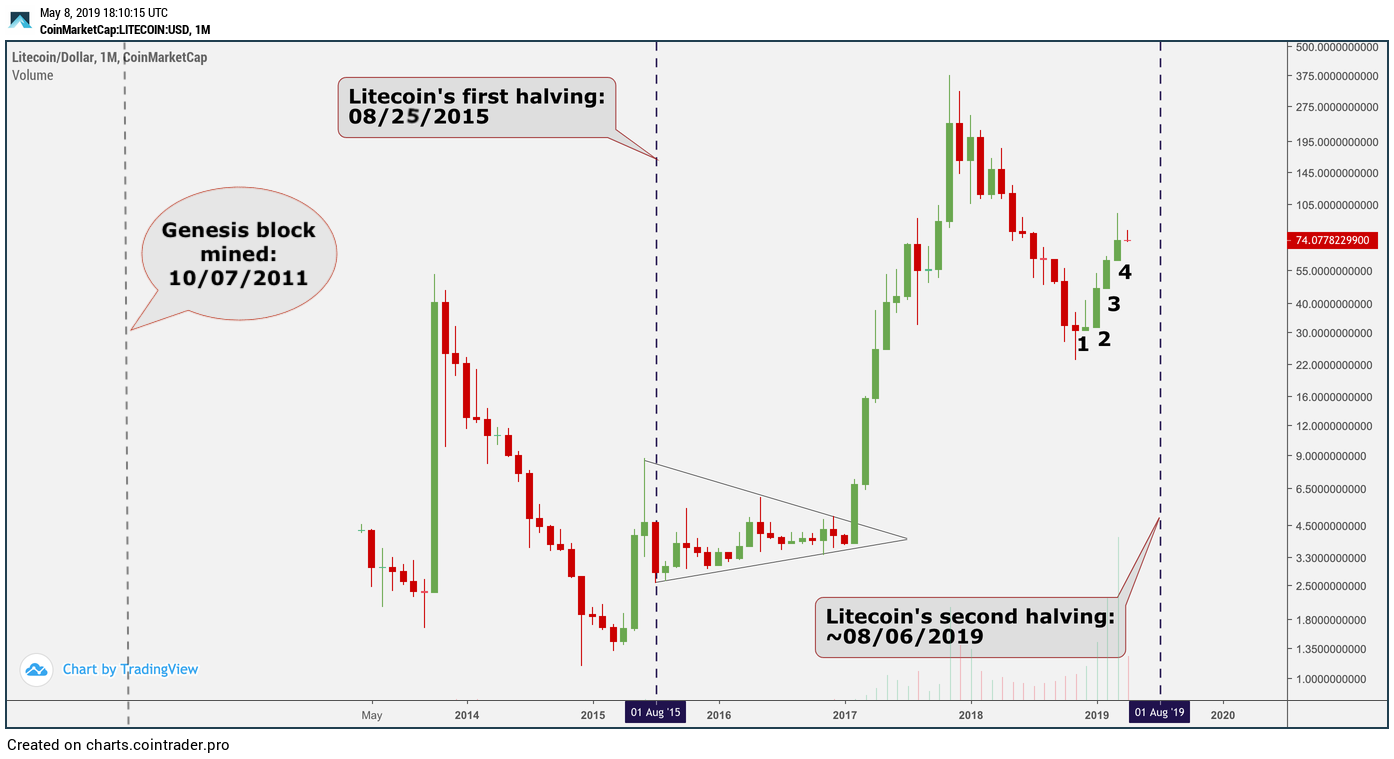 Cardano announced a partnership with Polymath at the Consensus 2019 meeting. The announcement created buzz and confusion because of the duo’s roadmap. Charles Hoskinson, Founder of Cardano, run a live stream on Youtube to explain the purpose of this partnership. He hightailed the importance of Polymath

Justin Sun announced that Tron integration with the BitTorrent platform will launch in Q2, 2019.

BitTorrent, the file-sharing platform, was acquired by Tron last year for more than $100 million. Tron plans to integrate it with the  BitTorrent Token (BTT) which is a Tron token and use BTT to reward users who share files on BitTorrent.

#BitTorrent is launching on #TRON in Q2. Glad to also announce another tech giant with hundreds of millions of users will be enabling #TRON ecosys in Q2 as well. Guess who? To be revealed soon on #Consensus2019

NEO plans to launch another $100 million to support development and adoption on their smart contract platform. The fund will go to developers and businesses who aim to build on NEO.