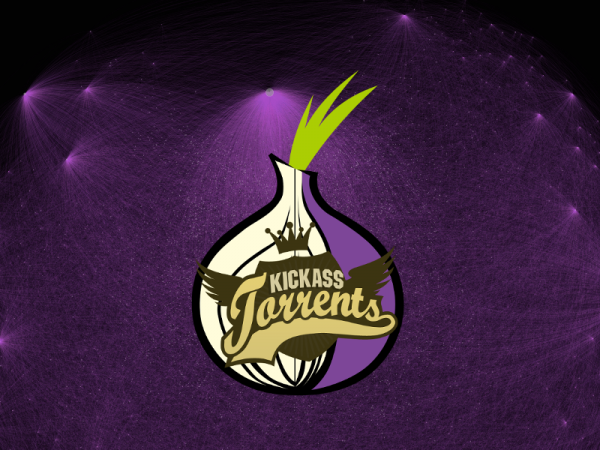 Tor has been embroiled in several controversies in the past few weeks, but it is still widely considered the best option for circumventing state censorship on the internet. Due to recent draconian blockades of peer-to-peer filesharing by the UK, Norway, and others, KickAssTorrents, the most visited public tracker on the web, has opened up a hidden service mirror of their website to help those in the growing list of countries that enable internet censorship access their massive repository of torrents.

This news also comes with the implementation of 2-Factor authentication for their chat and user pages, putting them ahead of some online shopping services and banks regarding user security. And while they already have several official proxies in place, the hidden service makes it much easier to access the site through the Tor network. As state actors increasingly use censorship to control their citizens’ internet usage, expect more trackers and websites to follow suit.

ThePirateBay has hosted a Hidden Service for some time, now.

KickAssTorents is not the first tracker to host a Tor Hidden Service, and the Warez and Cracking communities have largely operated on the darknet for some time now. They are, however, the largest and one of the most watched trackers, and they could easily be setting a trend for smaller torrenting communities by using tor for those people who can’t access their site on the clearnet.

What we have here is a decentralized private network (Tor) being used to support a decentralized file transfer protocol (BitTorrent, KickAssTorrents,) against government and business interests attempting to criminalize and curtail information freedom. The final result of these actions should be of interest to the bitcoin community as the legal climate for these technologies can easily bleed over into the world of cryptocurrencies in the form of legal precedent. It will be interesting to watch the legal escalation in the US and Abroad as services like Tor, i2p, and VPNs are increasingly used to resist censorship out of necessity.

Thoughts on State Censorship and the Increasingly Decentralized Web? Leave them below in the comments!

The post KickAssTorrents Moves to the Darknet With Tor appeared first on Bitcoinist.net.