Jamie Dimon, CEO of JP Morgan, yesterday hinted at the investment bank’s “Investor Day of the Year” that the bank’s recently announced new cryptocurrency, JPM Coin, may one day Used for retail payments. 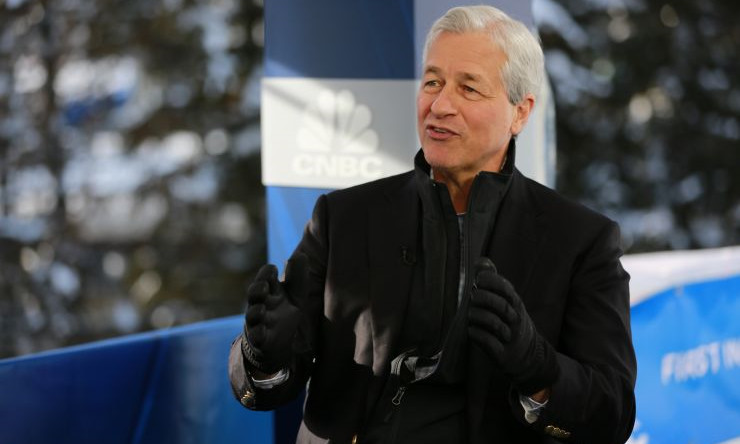 Dimon, the JP Morgan CEO, said in a question and answer session with CNBC:

“JP Morgan Coin could be internal, could be commercial, it could one day be consumer,”

In early February of this year, JP Morgan Chase announced the launch of “JPM Coin“, becoming the first large bank in the US to create its own cryptocurrency, but not the world’s first large silver coin.

According to previous reports, as early as February 2016, Japan’s largest financial institution Mitsubishi UFJ Financial Group (MUFG) revealed that they have developed their own digital currency – Mitsubishi UF MUFG coin.

The digital tokens of JPM Coin were originally designed to address transactions between their wholesale payment business customers, especially international payments and securities transactions that were transferred to their blockchain. JPM Coin itself is not a fiat currency, it is a digital currency representing the US dollar, deposited in the designated account of JPMorgan Chase.

In short, the value of a JPM Coin is equivalent to one dollar. When a customer sends funds to another customer through the blockchain, JPM Coin will be transferred and immediately converted into equivalent dollars, which will shorten the settlement time.

Dimon’s remarks may be speculative. On JPMorgan’s website, the company said it has no plans to offer individuals JPM Coin.

JPM Coin is testing inside JPMorgan Chase and its corporate customers. In contrast, Bitcoin is an open source network that anyone can access. In the heyday of the cryptocurrency boom, Dimon was one of the most outspoken critics of Bitcoin, which he called a “fraud.”

Dimon’s criticism of Bitcoin attracted a lot of discussions. After he was uncomfortable, he announced that he would not comment on Bitcoin. However, he repeatedly spreads FUD talking about Bitcoin in a negative way. Today, JP Morgan Chase has to launch its own cryptocurrency, which is more like a stable coin like Tether.