A French Tv show called “Tout le monde veut prendre sa place “ which means “Everyone wants to take its place” where six candidates face a “champion” around a series of games. Whoever manages to defeat him becomes the new champion.

Among the other competitor was present the Ripple CEO, Brad Garlinghouse. It was a surprise when the Tv show host asked the question “Which cryptocurrency invented in 2008 is the most used in the world?” giving 4 options: 1. Bitcoin 2. Ripple 3. Ether 4. Litecoin

Obviously, with this question, the show host looks like he was shilling Bitcoin in a public TV, moreover in front of the Ripple CEO, but no reaction appears in Garlinghouse’s face.

The part when he asks about Bitcoin can be found in the video at the 24:00 minute. 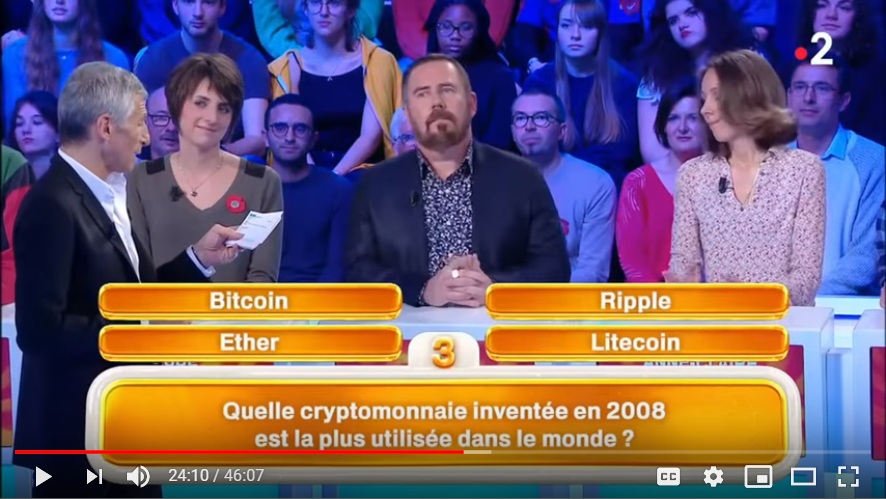 Last month, France has taken an important step in crypto adoption, passing a new law that allows insurance companies and other financial institutions in France to invest in crypto without limit.

Shilling Bitcoin in a public Tv seems like the French government wants to help in the crypto adoption, a thing that the crypto community appreciates, but be careful trolling Ripple or you will have to face the XRP army.