In an interview with Greg Hunter and published on USAWatchdog.com, the four-time best-selling author Jim Rickards says the Fed “throwing in the towel” on rate hikes is signaling a big problem for the economy. 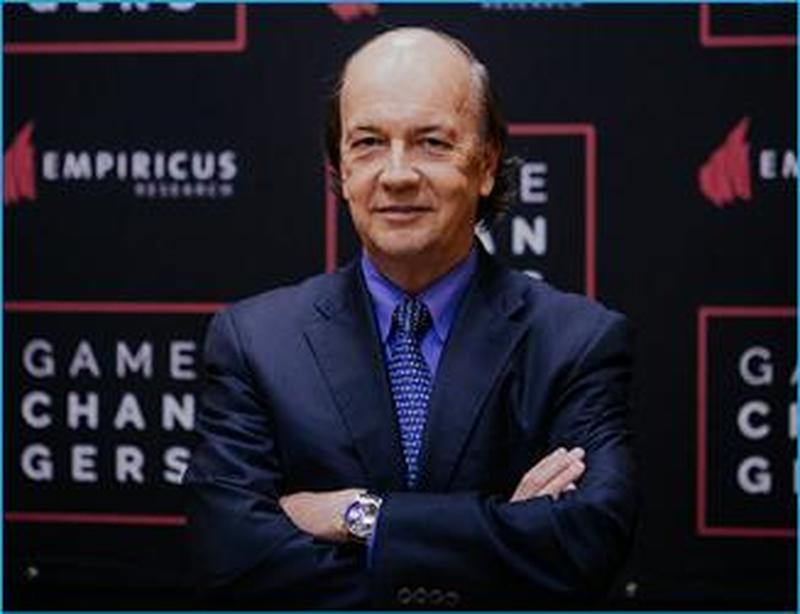 Rickards says, “The Fed was tightening to get ready for the next recession…”

“You need to cut interest rates somewhere between 4% and 5% to get out of a recession. How do you cut interest rates 4% if you are only at 2.25%? The answer is you can’t. You have to get to 4% before you can cut 4%, and that’s what the Fed was trying to do…

and, as of now, it looks like they didn’t get it right. Meaning, they tightened so much to get ready for the next recession they slowed the economy.”

Rickards says, “Bernanke painted them into a corner, and they can’t get out…”

On gold, Rickards says, “People always say there is not enough gold to support commerce and trade and the money supply. I always remind them that is nonsense...”

It’s not science fiction. It’s just a simple question. If you wanted to go to a gold standard today without causing deflation, given the amount of gold and given the amount of money, what would the price have to be? The answer on some very conservative calculations would be $10,000 per ounce. . . . The time to buy gold is when sentiment is low and people hate it. . . . So, the bull market is intact.

We are in the fourth year. Bull markets start off slow because of all the bad sentiment, but then they gather momentum. So, it’s still not too late to jump on this train, and my expectation is this will pick up…

The signal the gold market is getting right now is the Fed is throwing in the towel. . . . They made some headway, but it came at a high cost because they slowed the economy . . . and they can’t continue. . . . Now, they are going to be desperate for inflation, and that is very bullish for gold.”

The rising question is how Bitcoin will perform during the next massive recession and how this recession would affect the whole cryptocurrency world? Since bitcoin philosophy is to replace the actual money system, a recession would be good for bitcoin probably.

An example of that are countries with monetary problems like Venezuela and Turkey where bitcoin is getting very popular to the masses who see cryptocurrencies as a better alternative of their failing monetary systems. The hyperinflation in Venezuela made the Bolivar the Venezuela local currency practically worthless and we have seen photos with stress covered bu worthless Bolivar banknotes.

Gold can not be printed like banknotes and gold has been money for at least 3,000 years. In a global recession, a return of the gold standard would be possible. Like gold Bitcoin would perform well in a recession also because bitcoin cannot be issued by banks like banknotes that decrease in value because they can be printed.

In case of a global recession for sure bitcoin will find a place in the hierarchy and probably near gold.