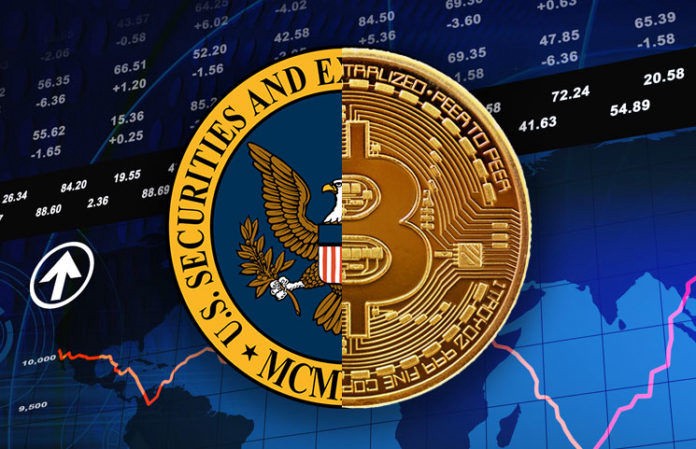 This is no time for ETF hopium. If the SEC doesn’t delay the VanEck bitcoin ETF proposal, the most likely result is rejection, not approval. The SEC delayed Bitwise last week, but still hasn’t made a decision on VanEck. Here’s why that’s a bad sign for ETF bulls.

The Bitwise & VanEck proposals were published in the Federal Register on February 15 & 20 respectively. Those dates triggered the SEC’s deadlines for reviewing the ETFs. I covered the SEC’s ETF process & timeline here:

Heading into Blockchain Week, Bitwise & VanEck were coming up on their 90-day deadlines for the SEC to approve, deny, or delay the ETFs. The Bitwise deadline was last Thursday & the VanEck deadline is this upcoming Tuesday.

The 90-day deadline is an important one. If the SEC decides to delay, it has to explain its “grounds for disapproval under consideration,” meaning the reasons it thinks it might deny the ETF. The ETF sponsor & other interested parties can then submit comments in response.

Last Tuesday, two days before the Bitwise deadline, the SEC decided to delay the ETF & issued its grounds for disapproval here: https://www.sec.gov/rules/sro/nysearca/2019/34-85854.pdf But the SEC only delayed Bitwise that day. It didn’t (and still hasn’t) made a decision on VanEck. That’s really unusual.

In the past, the SEC has typically bundled together all of its decisions on pending bitcoin ETFs & announced them on the same day. For example, when the SEC delayed Bitwise & VanEck at their 45-day deadlines in March, it issued both delays at once:

Similarly, last year, the SEC issued denials of three different ETF proposals at the same time, even though the deadlines were weeks apart (whereas the Bitwise & VanEck deadlines are only five days apart):

So, if the SEC were planning to delay VanEck, I would’ve expected the delay to be issued with Bitwise last week. The fact that it wasn’t, suggests the SEC might either approve or deny VanEck instead. Denial is far more likely than approval. I’ll give you a few reasons why.

First, I’d be shocked if the SEC approved the first ever bitcoin ETF after six years of denials without taking all the time allowed by law. Moving slowly makes the SEC appear thoughtful & thorough. VanEck’s final deadline is October 18. An early decision likely means denial.

Second, market conditions don’t support early approval. Bitcoin has been very volatile recently & investigations related to fraud & manipulation have ramped up (like NYAG & Bitfinex). The SEC has no reason or incentive to come out in favor of bitcoin in this environment.

It also asks about: – the relationship between bitcoin futures and spot markets – the cessation of bitcoin futures trading on CME – the existence of surveillance-sharing agreements – reports that a large percentage of reported volume is fake.

If the SEC thinks all of these topics are grounds for denying Bitwise, then it certainly must view them as grounds for denying VanEck too. As a result, if VanEck were to have any chance of approval, the SEC would need to delay & ask all these same questions to them as well.

But why would the SEC delay Bitwise & deny VanEck? The two ETFs are actually quite different. For example, they calculate price differently: Bitwise would use public exchanges while VanEck would use OTC markets. Maybe the SEC is willing to consider one but not the other.

To be fair, the fact that the SEC delayed Bitwise & stayed silent on VanEck could mean nothing at all. Maybe SEC staff just hasn’t had time to finish the VanEck delay order yet. These things take time & there’s no reason why the SEC has to issue ETF delays at once.

I still think a delay is the most likely result. VanEck should have a chance to address the SEC’s grounds for disapproval just like Bitwise does & I think VanEck’s proposal is every bit as worthy of the SEC’s consideration. But if it’s not a delay, all signs point to denial.