In bitcoin first block, Satoshi Nakamoto brought the title of the front page of The Times – The Times 03/Jan/2009 Chancellor on brink of second bailout for banks.

This block, also known as the Creations block, is taken from the Christian Genesis story. 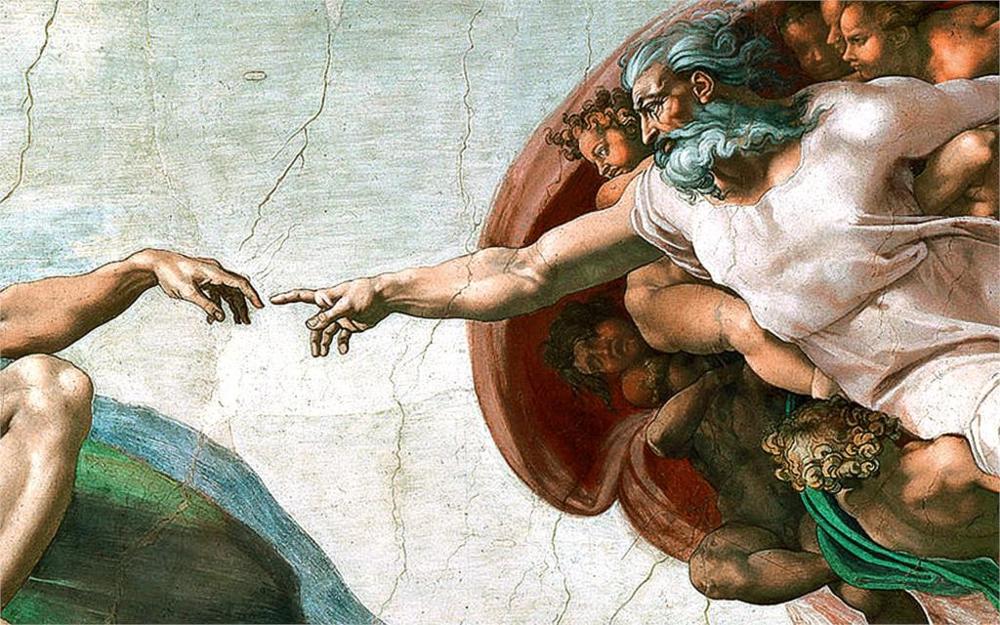 There is a common norm in the domestic academic community for the definition of religion: religion is a cultural phenomenon that emerges from the development of human society to a certain historical stage and belongs to the special ideology of society.

And this definition, put on today’s bitcoin, is also very suitable.

The comparison of bitcoin to religion is not something new. In fact, many media outlets have reported on the phenomenon of bitcoin being religionized.

Bitcoin and Judaism are closer than existing religions.

Judaism, Christianity, and Islam belong to the same Abraham religion. They have the same source and the same ancestor.

They all believe in God, but they are different from each other. In Judaism, they call God “Jehovah”, Christianity is called “Yahweh”, and Islam is called “Allah”.

Today’s Bitcoin also has many branches like Judaism, such as Bitcoin cash, Bitcoin gold, and the recent new Bitcoin SV “Bitcoin Satoshis Vision”.

We can understand this: At present all the Bitcoin branches share a “God” named “Satoshi Nakamoto”, they all have a book called “Bitcoin: A peer-to-peer electronic cash” written by Nakamoto. The Bible of the System, and then some of the branches of the system have begun to stand on their own, but still can not change the essential characteristics of the total circulation of 21 million and “peer-to-peer payment.”

In 2017, Bitcoin made two important splits. The first time occurred on August 1, 2017. The reason for the split was that Bitcoin miners were dissatisfied with Bitcoin developers’ tearing up Bitcoin’s expansion plan. A hard conflict.

As a result, Bitcoin forked resulting in two blockchains not compatible with each other. On August 1, bitcoin was officially split into bitcoin and bitcoin cash and this is when bitcoin cash (BCH) came to life.

The second time occurred on October 25, 2017. Although this split was far from influential in August, it still earned a lot of media attention. After this split, bitcoin was divided into bitcoin and Bitcoin Gold (BTG).

Each split bitcoin version has a different “doctrine”, but the slogan at the beginning of the split is the same “restore bitcoin”.

Therefore, all “different versions of Bitcoin” holders not only believe in the same story, but also adhere to the same idea: their bitcoin will become the replacement of the world currency.

In the eyes of outsiders, they are a group of believers who speak unique technical language, but do not lose their enthusiasm, or because of interests or because of novelty, they are gathered in the “free” religious family of Bitcoin.

This religion has its own god “Satoshi Nakamoto”, has its own “Roger Ver” of Jesus, and also has the world’s major leaders, such as McAfee, Jihan Wu,  and Changpeng Zhao. And of course, Craig Wright who claims to be Satoshi himself.

What is more similar to religion is that Bitcoin has a uniform logo. As long as you wear clothes or costumes printed with Bitcoin logo, people walking on the streets will identify each other as “Brother coins!”

In 2017, there have been many reasons why Bitcoin cash splits from Bitcoin. The two most common reasons for this are:

If this splitting event makes you confused, it is also normal, because this is a “justice” war played by the major leaders using the bitcoin Bible. The essence of “interest” is bitcoin: The concepts in a peer-to-peer electronic cash system are perfect.

Despite this split, the bitcoin cash and the BSV fork happen on November 16, 2018, which is much more refreshing and direct.

On November 16, 2018, Bitcoin cash and BSV split successfully. Although the two of them have been a “holy war” hash war the next days after the fork, the fact is that any of them cannot be eliminated.  And the war will continue longer. Leaders also declared their loyalty to their clans. 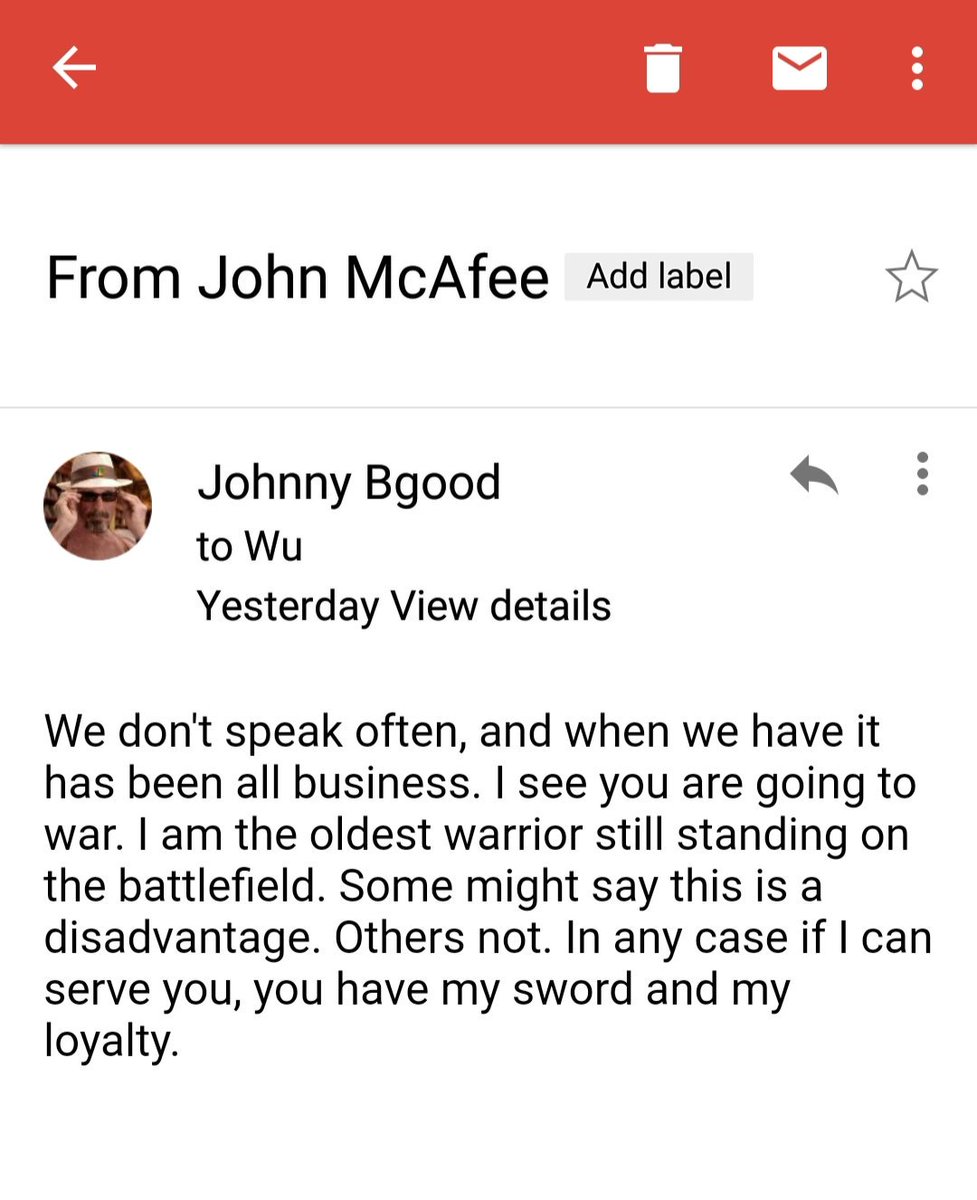 The success of Craig Wright, to persuade many people that he is Satoshi Nakamoto, seems to indirectly prove the fragility of the Bitcoin consensus.

Because it is this dramatic fork, the answer to the question of what is bitcoin is beginning to blur. Because, even BTC, with the construction of the lightning network, it is no longer the first description in the Bitcoin Bible.

The split of the Bitcoin consensus is like the story of the bishops splitting from “Judaism”. Everyone shares the same roots, but they are incompatible with each other because of interests and conflicts.

However, from Judaism to Islam, history has evolved over a thousand years, and the church in Bitcoin took less than 10 years.

Christian missions rely on historical stories in the Bible, and bitcoin missions do not rely on their own Bible, Bitcoin: a peer-to-peer electronic cash system, but rely on the stories of the believers’ wealth. These stories are also gradually being written in the history of Bitcoin with the development of Bitcoin.

With the rendering of the wealth story, the Bitcoin Church ushered in a 2018 madness. Even with Bitcoin, the entire blockchain economy is booming. In July and August, not only did the teachers personally go into battle for various new blockchain projects, but even some newcomers from outside began to participate.

But these outsiders who break into the church by the door of interest are not the supporters of the church, but the predators of the interests. In the second half of 2018, with the continuous operation of the Bitconnect project and various fraud projects, Bitcoin was also brought into the belief winter with many leaving the bitcoin religion posting their blasphemies in Twitter and Reddit.

At the moment when hot money has left and the only way should be the upside for bitcoin. But human nature repeats itself every time. FOMO and Panic Selling is human behavior that guarantees to buy the top and selling the dip.

However, it is easier to be said that to be done.