In the last days, Bitcoin turned extremely bullish. At the time of writing bitcoin is changing hands at $6.336 according to coinmarketcap.com. Bitcoin gains are more than $1,000 in the last week.

The strong resistance support at $6,000 is not holding and bears seem to be in disbelief. On the other side, bulls seem to be able to take a breath after being underwater for several months.

The chart shows that bitcoin has fully recovered from the violent drop in December 2018, and the HODlers are glad they didn’t panic sell after the December fall. 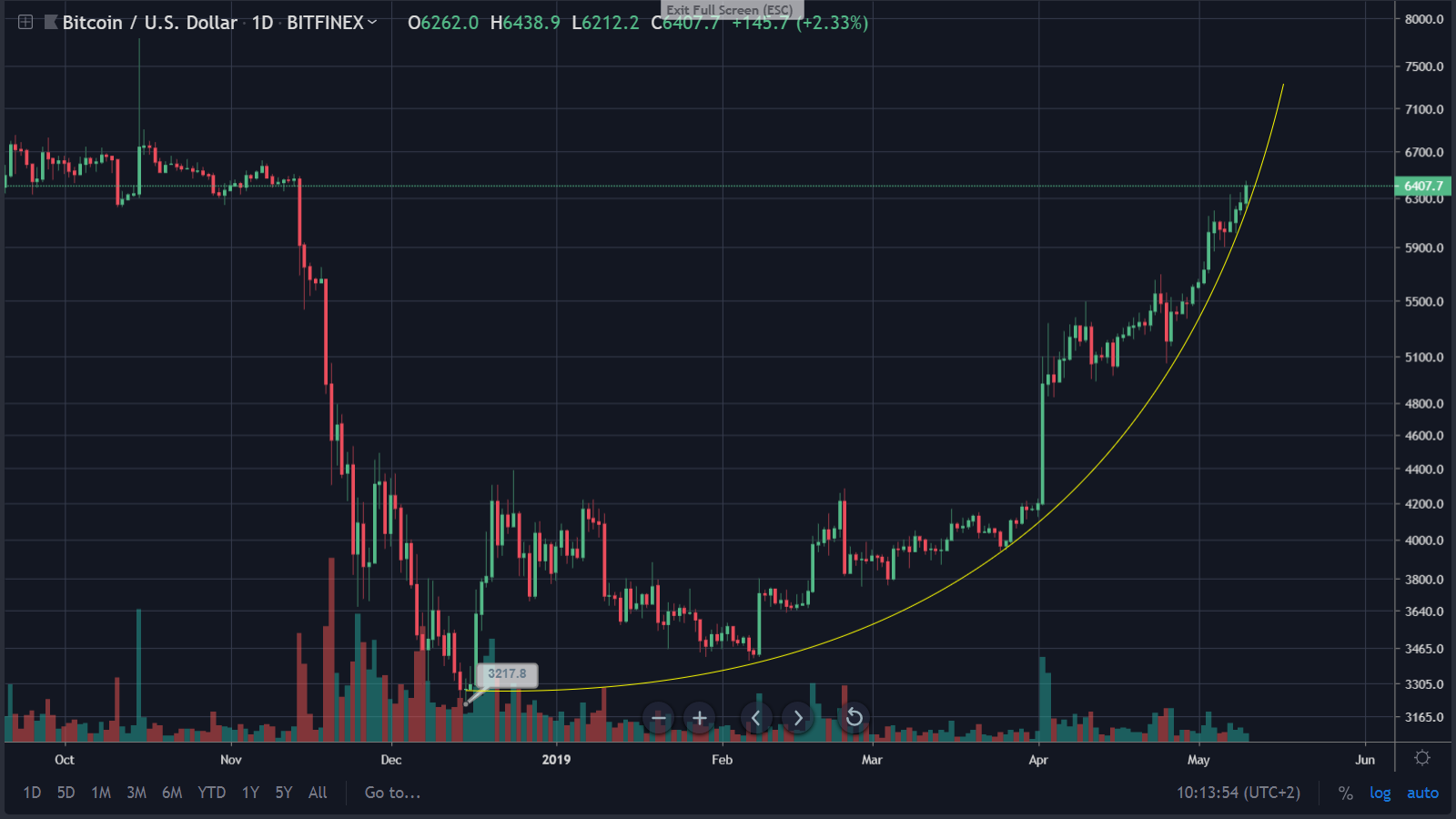 On April 3, after the bitcoin rally by $1,000 in one day, we posted an article about the market cycles according to the Wall Street Cheat Sheet, when bitcoin was in the disbelief phase. Now we can officially say that bitcoin entered in the Optimism phase. 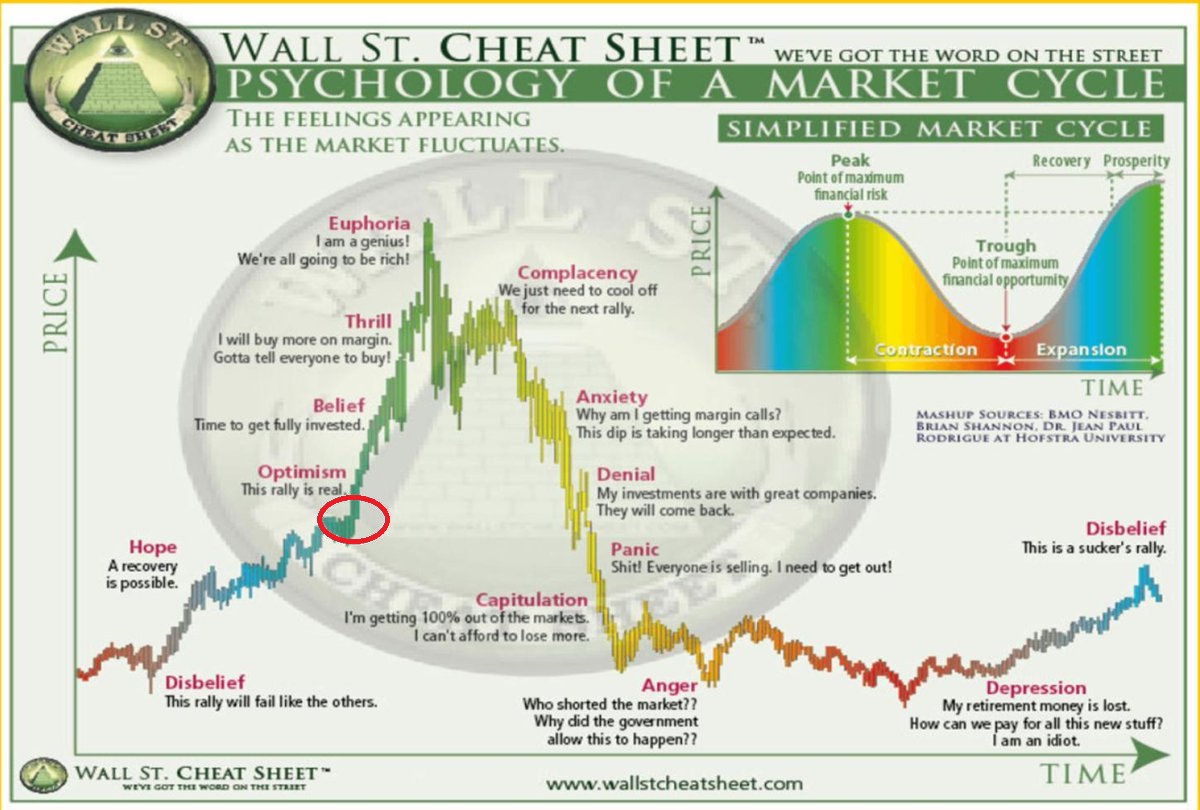 Meanwhile, Bitcoin dominance is recording new highs, at 58% with a Market Cap of $112 billion from the total $193 Market Cap, altcoins aren’t performing so well. However, this is usually what happens when bitcoin has strong volatility. If bitcoin price stabilizes at these levels for a while, Altcoins probably will recover from the last decline and some might outperform bitcoin.

Despite all the bad news, starting with Bitfinex – Tether scandal and ending with the Binance hack, bitcoin is going up. Maybe the blockchain industry is maturing and FUD does not have the same effect it has in the past when the crypto market was smaller.

What is fueling the rally might be institutions like Fidelity Digital Assets that will launch a trading platform to allow their large investors to buy bitcoin or TD Ameritrade that is expected also to add BTC trading on Nasdaq.

Bitcoin price nearly doubled this year and problems come when bitcoin goes up very fast. Actually, the bitcoin network is processing 2,700 transactions per block, which is the same amount of transactions it was processing in December 2017 when the price hit the ATH as shown in the chart below. 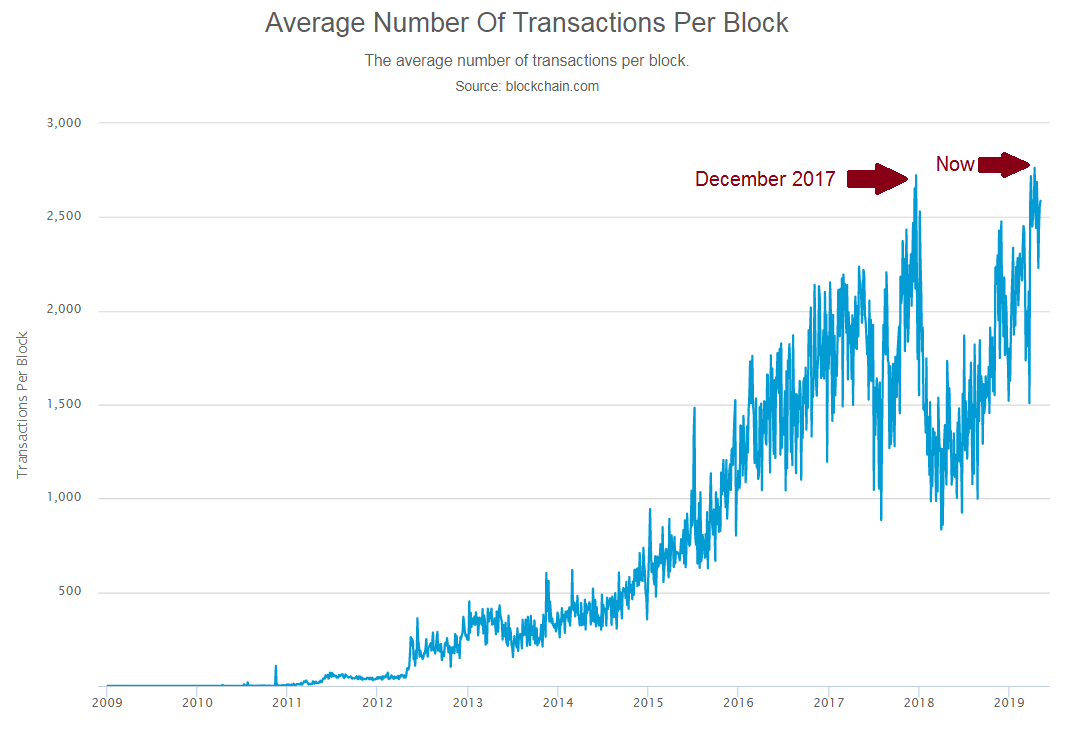 With the Bitcoin Bottleneck and the inability for scalability, the transaction fees are affected by getting higher. This happens because users compete between them to get their transactions confirmed faster, and the bitcoin blockchain can not process more than 3,000 transactions per block. One block is produced every 10 minutes, which means no more than 5 transactions per second can be processed.

As shown from the chart below, the fees to send a bitcoin transaction were under $0.5 before April 2019 and now are $1.5 – $2. It is worth to mention that bitcoin fees hit $40 in December 2017 when a lot of new people heard about bitcoin and were in a rush to buy it.

According to many analysts in the next bull run bitcoin will hit between $150,000 – $300,000. We are only at $6,000 and already the number of transactions per block is near the limits.  Now the only thing that can increase is the fees.

So for bitcoin to go up to the predicted levels the process should be slow. If we go up fast the scalability problem will overcome one day and when that day comes, bitcoin developers either will increase the block size or other decentralized coins with better scalability will get more traction.