Before looking at June let take a look at historical prices in May. Statistically speaking May is the best performing month for bitcoin in the 5 last years with an average gain of 21% with a 71% high and -18% low.

But still, the seasonability looks good for June. In June 2017 bitcoin surged 25.98v% which means that bitcoin can reach $10,700 this month.

RSI has dropped to 46% which means that we are near the oversold are and more buyers will get in making very probable a strong push to the upside.

The last time RSI hit those levels on the daily chart was in March when the price was hovering at $3,700. 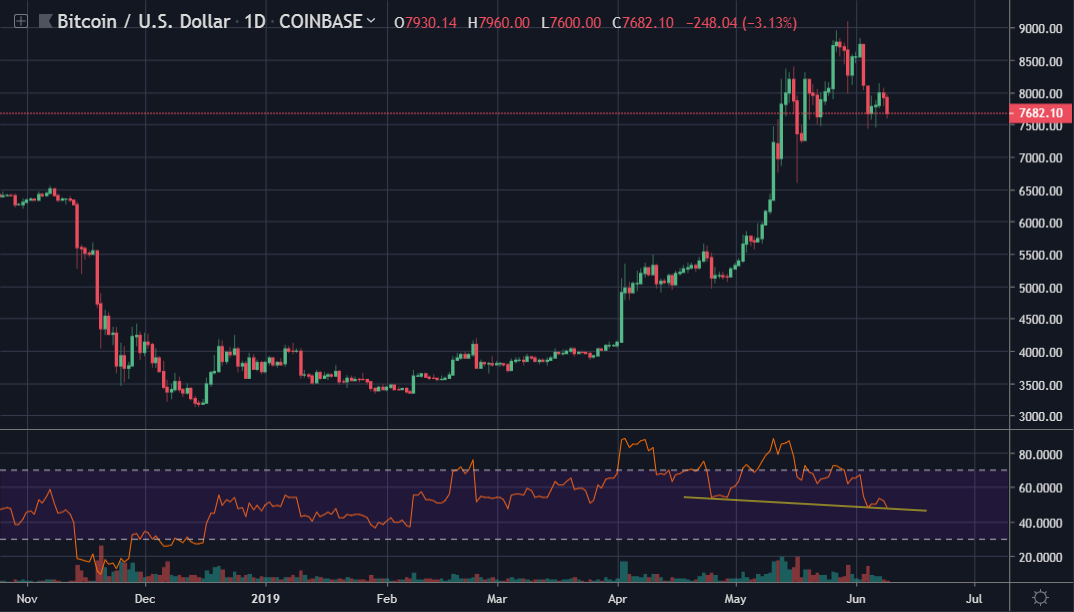 An important event this month, that might push the bitcoin price to new highs is the launch of Facebook own cryptocurrency.

Facebook, the giant social media network with 2.38 billion users is launching GlobalCoina cryptocurrency that will be used to make payments directly on the platform. The impact is expected to be huge because as we know Facebook already controls our data and now is releasing their own currency.

So reaching $10,000 is definitely possible for bitcoin in June. And with other positive events ahead like Fidelity and Bakkt in July, Or Grayscale selling their Bitcoin trust shares at a premium with more than 30% of the bitcoin price in spot exchanges, means that the only way for bitcoin is the upside.

Another interesting thing that is happening recently is that bad news like India banning bitcoin mining or holding and threating with jail is not affecting too much the price.

After a long bear market hitting the bottom at $3.200, the bitcoin price has more than doubled the price in 2019 confirming the start of a new bull run.

Also, It is worth to mention that the halvening is less than a year from now.

Conclusion: Not investing in Bitcoin might be the worst investment decision one can make now.