Recently bitcoin price is hovering at the $5,300 level. Despite being 75% down from the ATH the sentiment in the crypto community has improved a lot while the price is no going up steadily.

The company which runs a bitcoin fund is advising its clients that now is an ideal time to buy. When the BTC bulls set their grasp, the bitcoin price is set out toward the moon, the report suggests:

“During this accumulation phase, we expect for bitcoin to trade in a range of $3,000 to $6,500 until the new bull market permanently cements the denarian cryptocurrency as a multi-trillion dollar asset class.”

Our new report “Bitcoin in Heavy Accumulation” is out. Read here: pic.twitter.com/UpQotZUTdW

Smart Money Are not in a Hurry To Buy

At the end of 2018 when the hash war started during the controversial BCash fork, the bitcoin price plunged from $6,000 to nearly $3,000. At this time many holders got afraid that it is going more down and sold their coins. This gave institutional investors confidence to begin dipping their toe into the cold waters. 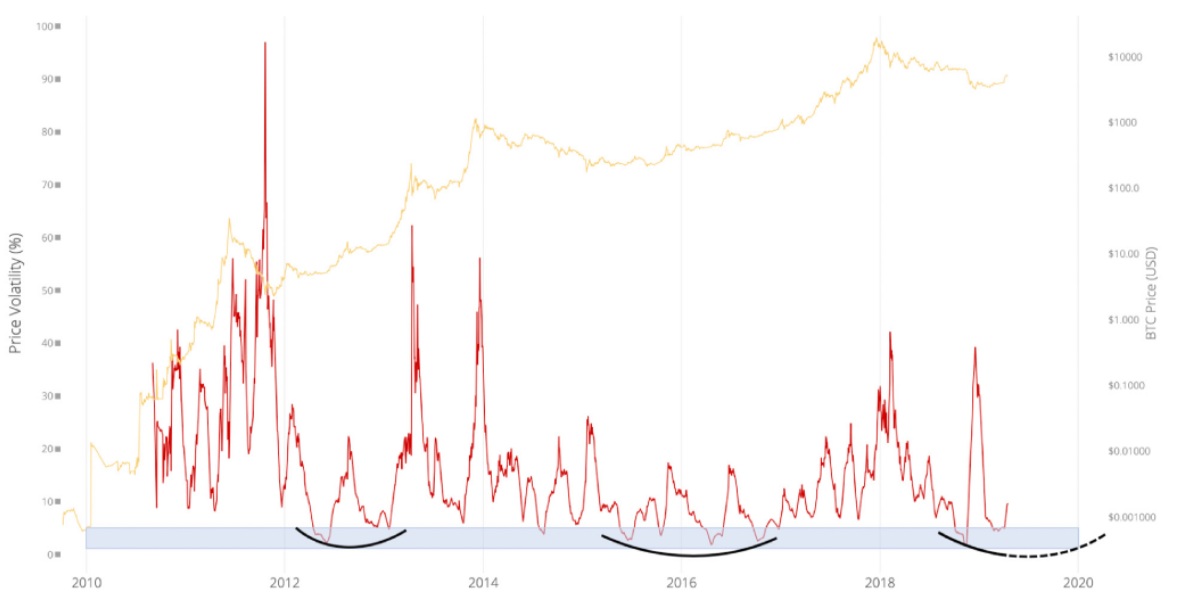 After the weak hands have been shaken now bitcoin seems to be in solid hands. Now the question is, if all this is true, why the price is not going to the moon? The accumulation phase is when long term investors are buying and they are not in a hurry to buy, so this phase takes a long time and is characterized by tight ranges.

According to the report the bulls are warming up, the bear market is over and the next bull run is the next.