The evergrowing gambling platform, Bitcoincasino.io, continues to expand its list of online casino games as it has added the top gambling game provider, 1×2 Gaming.

BitcoinCasino features an extensive library comprising of 3000 games, more than any cryptocurrency-based gambling casino has at the moment. The addition of 1×2 Gaming to its list of providers is another recent implementation of the casino in its strive to become the best online gambling service out there. 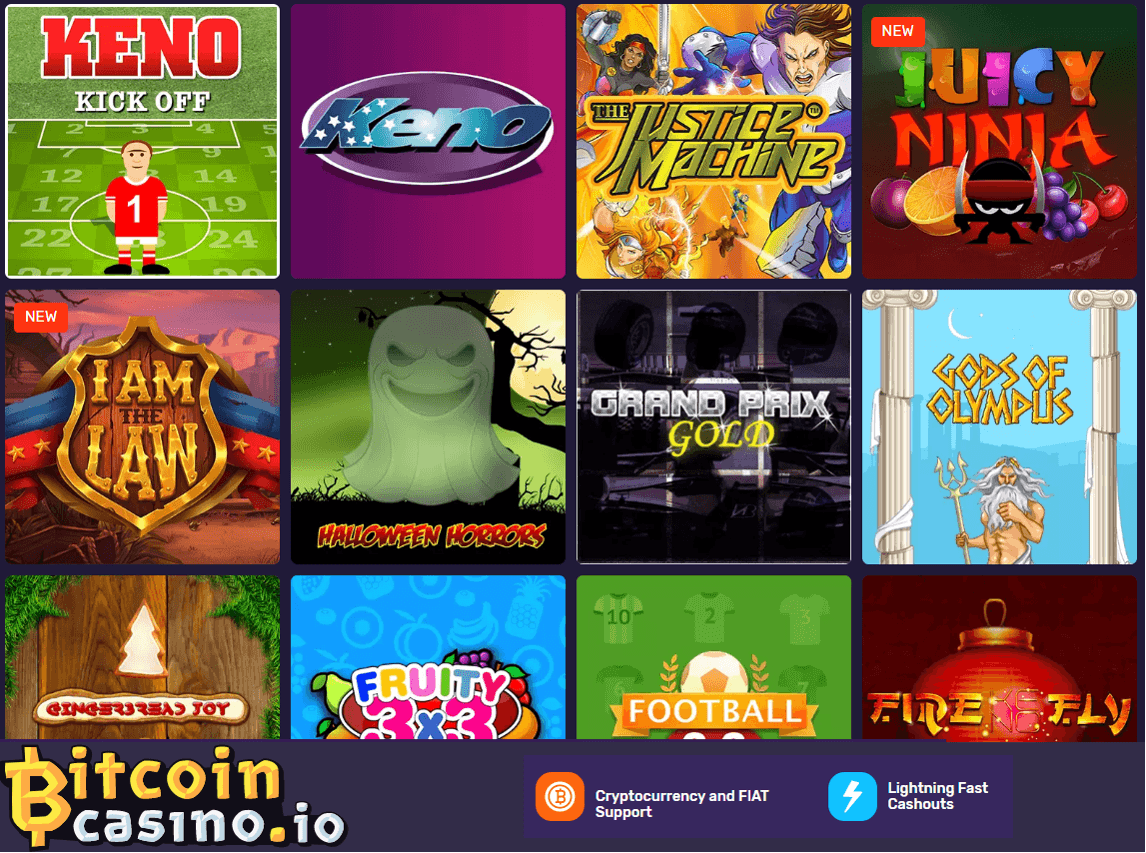 Even though this gambling casino has just recently entered the market, it has quickly risen to the top since its recent release.

The casino is licensed by the Curacao government, and its site is under the operation of Direx N.V. The platform has established itself as a top-rate crypto casino which offers safe and secure gambling.

Players can access thousands of games from over 26 providers and, in addition to 1×2 Gaming, the site has also added games from leading industry providers like Yggdrasil, NetEnt and many others.

1×2 Gaming is a global software provider specialized in developing online betting games. The company was launched in 2003, being among the first to focus on virtual football betting, and is based in the UK’s tech-hub Brighton & Hove. The provider has a reputation for powering some the most established online casinos in the industry, and it is no wonder it has been sought out by BitcoinCasino.io to be included in its library.

1×2 Gaming is one of the most reputable gaming providers as it is licensed by Alderney and by the UK Gambling Commission, two of the most trustworthy and strict regulatory bodies in the gambling world.

Players are able to gamble at several table games classics, such as Astro Roulette, Caribbean Stud Poker, Chinese roulette, Sharp Shooter, Odd One In, Six Shooter, Player’s Choice Blackjack, and Red Queen Blackjack. There are also six types of keno, one Bingo Classic game, and even one Darts game.

The video poker section includes Jacks or Better, 10s or Better and All American, with the games having incorporated an auto-hold function for winning hands. Football fans have over ten games dedicated to virtual football and a few to rugby.

Last but not least, the 1x2Gaming slots offered on the BitcoinCasino website count some of the most popular titles of this developer, namely Faerie Nights, Yule be Rich, Treasure of the Pyramids, Super Fruit 7, Thor Stormlord, Neon Fruit Cityscape, Red Dragon, Legendlore, Dark Thirst, Aztec Secrets and many others.

The graphic design of the games is visually pleasing, having a simple and clear gaming interface with engaging sounds and visual effects.

Play 1×2 Gaming Titles with a Variety of Currencies

As you can tell by its name, Bitcoincasino.io is a gambling establishment that accepts Bitcoins. But not only that: it also supports other cryptocurrencies, such as Ethereum, Litecoin, Dogecoin Bitcoin Cash, and Tether.

But as we hinted at the beginning of the article, adding 1×2 Gaming to its library isn’t the newest feature they have implemented. The gambling platform has also introduced fiat currencies to its list of payment options.

Players can now use both cryptocurrencies and fiat currencies to place their wagers on 1×2 Gaming titles. USD, Canadian dollar, Japanese yen, Chinese Yuan, Euro, and other currencies can now be used on the platform to fund accounts or make withdrawals.

Always Looking to Be the Best

This extensive number of payment options and games is what sets BitcoinCasino apart from other crypto-based casinos. The online casino will continue to add more developers and titles to its list, as it is constantly seeking to appeal to as many players as they can by offering a multitude of options.